To share your memory on the wall of Dora Mitten, sign in using one of the following options:

Print
Dora Ann Mitten of Thedford passed away on Thursday, November 12, 2020, at the Strathroy Middlesex General Hospital in Strathroy.

Wife of the late Percy Mitten for almost 50 years, Dora spent her entire life in the area of Lambton Shores... Read More
Dora Ann Mitten of Thedford passed away on Thursday, November 12, 2020, at the Strathroy Middlesex General Hospital in Strathroy.

Wife of the late Percy Mitten for almost 50 years, Dora spent her entire life in the area of Lambton Shores, at one point running the Dew Drop Inn Restaurant, following in the tradition of her parents who once owned MacPherson's Restaurant. Dora leaves behind her family, Tudy Boudeau, Ken Mitten, Dianne Jamieson, and is predeceased by son, Doug Mitten. Dora was able to see her family grow with the addition of 8 grandchildren, 15 great-grandchildren, and a cherished few great-great-grandchildren. Dora is predeceased by her grandson, son in law and daughter in law.

A woman with a competitive spirit, Dora was a member of the Thedford Euchre Club, and an avid card and bingo player.

Donations are appreciated in Dora's name to the Strathroy Middlesex General Hospital.

Print
Service details are pending at this time.

Donations are being accepted for: STRATHROY MIDDLESEX GENERAL HOSPITAL.

We encourage you to share your most beloved memories of Dora here, so that the family and other loved ones can always see it. You can upload cherished photographs, or share your favorite stories, and can even comment on those shared by others. 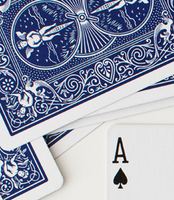