To share your memory on the wall of Carrothers, Ron, sign in using one of the following options:

Provide comfort for the family of Carrothers, Ron with a meaningful gesture of sympathy.

Print
Ronald Glen Carrothers, in his 91st year, passed away peacefully in his sleep on the morning of Saturday, June 22, 2019, at Strathroy Middlesex General Hospital.

Ron is survived by Doris (McLinchey), his loving wife and best friend of 67... Read More
Ronald Glen Carrothers, in his 91st year, passed away peacefully in his sleep on the morning of Saturday, June 22, 2019, at Strathroy Middlesex General Hospital.

Ron will be sorely missed by his four-legged sidekick, “Oli”.

Ron was a lifelong resident of Thedford, raised on the family farm and later growing onions, celery, and carrots in the Thedford bog. He loved his sports over the years but especially baseball. Ron played for the Dorchester Senior Softball league from the age of 60 to 85 in the summertime and also played in Winter Haven, Florida during the winter months.

A special thank you to all of the doctors, nurses, and staff at Strathroy Middlesex General Hospital for their attentiveness and loving care during his recent stays there.

Funeral services for Ron will be conducted at Knox Presbyterian Church in Thedford on Wednesday, June 26, 2019, at 1pm with Rev. Dr. Christine O’Reilly officiating. Visitation will take place one hour prior to the service. Interment to take place at Pinehill Cemetery.

Donations are being accepted for:
HEART AND STROKE FOUNDATION OF ONTARIO STRATHROY MIDDLESEX GENERAL HOSPITAL FOUNDATION

We encourage you to share your most beloved memories of Carrothers, Ron here, so that the family and other loved ones can always see it. You can upload cherished photographs, or share your favorite stories, and can even comment on those shared by others.

Andrea Fedy and Terry Perkins and Nancy Millichamp have sent flowers to the family of Carrothers, Ron.
Show you care by sending flowers

Posted Jun 29, 2019 at 08:40pm
Ron was the best boss that I've ever had. I worked for him as a youngster in the onion and celery fields for 13 years. He even took me to a Detroit Tigers baseball game. I remember on a hot day, that he would tell everyone to stop work and take us to the beach for a swim and bbq after. He was a very kind and caring person, always happy and smiling. I'm sure Ron has a special spot in heaven playing baseball with the "all stars." You meet only a few people in life that truly make a lasting impression on you... and Ron was that one in a million for me. My condolences on your loss. My apologies that I didn't know in time to pay my respects to him and his family in person.
Ken Lockrey
Comment Share
Share via:

Posted Jun 25, 2019 at 04:56pm
With love and sympathy, Wayne and I send our sincerest condolences to Diane and the entire Carrothers Family.
Comment Share
Share via:
PC

Posted Jun 25, 2019 at 01:31pm
We were so very sorry to hear of Ron's passing. Sharon and I wish to send our most sincere condolences to the family at this time of your loss. Our thoughts of Ron are most pleasant, as we met you at the Carruthers Clan gathering in London on Labor Day of 2018. He was such a gentleman! I was very honored and privileged to have been able to meet with him and share some of his stories. I remember helping getting him settled in the chair at the front of the staircase for the Clan pictures. I know I speak for the entire Clan when I say his passing is a loss for all us. Patrick E. Carrothers, Chief, Clan Carruthers
Comment Share
Share via:
SP

Posted Jun 25, 2019 at 11:58am
Sorry, due to another commitment, I am unable to be with you on Wednesday. However, I am sending sincere condolences to the Carrother's family. My thoughts and prayers are with you.
Shirley Perriam
Comment Share
Share via:
C

Posted Jun 25, 2019 at 08:59am
Dear Diane
Sorry to hear the news about your dad. Hold onto all the special memories of him!
Hugs, Janet
Comment Share
Share via: 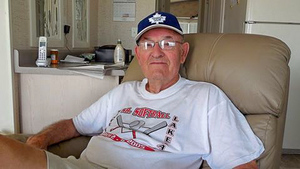 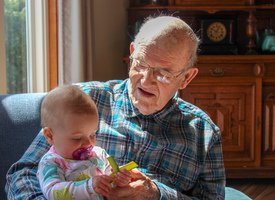 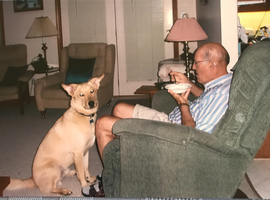