To share your memory on the wall of Robin Brown, sign in using one of the following options:

Print
Robin David Brown, of Lambton Shores, died peacefully at the Erie Shore Hospice in Leamington on Thursday, May 28, 2020, at the age of 72.

Husband of the late Shirley Brown (2014) for 19 years. Father of Larry & Justine Brown of Quebec,... Read More
Robin David Brown, of Lambton Shores, died peacefully at the Erie Shore Hospice in Leamington on Thursday, May 28, 2020, at the age of 72.

Robin was born in New Brunswick and raised in Gaspé, to parents Burnett and Helen and growing up in a family of 6 with his siblings Christopher † "Kit" (Shirely) Brown, Wayne † (Anista) Brown, Barry (Laurel) Brown, Rowena (Mahobir) Singha, and Lynn (Patricia) Brown.

Robin spent his working days as a skilled crane operator, proudly working with IUOE 793, but when he wasn't working, Robin was strumming on his acoustic guitar. It didn't matter where, Robin played from the East Coast, through to Ontario, with pick up bands or at family get-togethers. Country Blue Grass music was in his soul and he was ready to share the joy with all in his presence. Robin and Shirley would travel together to different Blue Grass Festivals and car shows as well, always with groups of friends, enjoying company and comradery.

Robin was a talented and skilled man, always up for a good time, ready with a joke, and the gift of storytelling. Though absent, you are still loved and missed. Go where the guitar takes you, drift into the sounds of our hearts.

The family would like to extend a sincere thank you to the Dr.'s, nurses, and volunteers at Erie Shore Hospice as well as Joe Perry for playing his guitar for Robin, A celebration of life will take place at a later date. Donations can be made to Erie Shores Hospice in Leamington

Donations are being accepted for: Erie Shores Hospice Residential Home.

We encourage you to share your most beloved memories of Robin here, so that the family and other loved ones can always see it. You can upload cherished photographs, or share your favorite stories, and can even comment on those shared by others.

Posted Jun 15, 2020 at 09:30pm
I just heard today of Robin's passing :( My deepest sympathy to his family. I have cut his hair for the past few years. What a kind man. Sorry for your loss. RIP Robin.
Comment Share
Share via:
CM

Posted Jun 01, 2020 at 10:04am
Rest in Sweetest Peace Robin, you will be missed by many, you were always a great man, always willing to help anyone out anyway you can, I know John would've been sad to see you go...see if you can convince him to have a drink with you and get a party going.....Luv you Robin xoxo
Comment Share
Share via:
BG

Posted May 30, 2020 at 08:07am
You will be missed. I have fond memories of the camping trips we all shared up in Manitoulin Island. You always had a smile for everyone and always ready to play and sing. Be at peace and continue to sing and play.
Comment Share
Share via:
C

Thank you for your memories. Both of my mom and Robin spoke of this trip. .

Posted May 30, 2020 at 07:42am
My heart hurt to hear of Robin's passing. But he is now with his lovely wife who he missed terribly. The past 6 years of my time as a Grogs employee, Robin become "one of us". His stories, jokes, and even his sarcasm were a very special part of our day. He was always the first to buy a round of drinks for friends but heaven forbid you try to buy him one back! "that's not the way it works Pammy" was one of the most common comments to me. Rest easy now my friend. I will always cherish each and every memory of you.
Comment Share
Share via:
C

Thank you Pam.. Robin would always tell me about his week at Groggs. Spoke highly of each of you.
PA 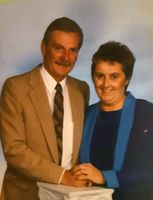 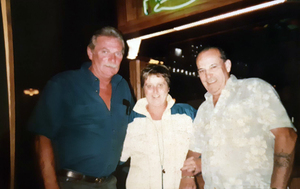 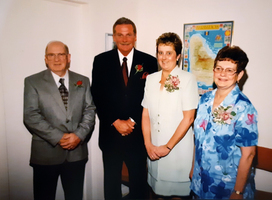