To share your memory on the wall of Murray, Lyle, sign in using one of the following options:

Provide comfort for the family by sending flowers or planting a tree in memory of Murray, Lyle

Provide comfort for the family by sending flowers or planting a tree in memory of Murray, Lyle

Print
It is with great sadness that we announce the peaceful passing of Lyle Harvey Murray of Thedford, on Sunday, May 23, 2021, after a short but courageous battle with Pancreatic Cancer at the age of 81.

Lyle will be dearly missed by his wi... Read More
It is with great sadness that we announce the peaceful passing of Lyle Harvey Murray of Thedford, on Sunday, May 23, 2021, after a short but courageous battle with Pancreatic Cancer at the age of 81.

Lyle will be dearly missed by his wife of 45 years Margaret Murray (nee Oudekerk) of Strathroy, and his children Anne Marie (Randy) Foster of B.C., Doreen Murray of Sarnia, Krista (Dave) Perkins of Sarnia, Sherri Murray of Port Franks, Shelley Murray of London and Rebecca Murray of Alberta.  He is survived by 11 grandchildren, 17 great-grandchildren, nieces and nephews, and their dog PeeWee. Predeceased by his parents Innis and Verna Murray of Kincardine.

Lyle retired from Canadian Tire in 2014 as a Department Manager and served in the Canadian Navy for 9 years.  He was an active board member of the Huron Shores Optimist Club and Port Franks Seniors Club.  Lyle lived at Oakridge Park in Thedford and had many wonderful friends.

He attended the Pinery Baptist Church and traveled with The Chapelaires for many years.  He will be remembered for his kindness and his sense of humor that he still had right to the end.

Expressions of sympathy can be made as donations to the Canadian Cancer Society.  Cremation has taken place and a memorial service will be held at a later date.

We encourage you to share your most beloved memories of Murray, Lyle here, so that the family and other loved ones can always see it. You can upload cherished photographs, or share your favorite stories, and can even comment on those shared by others.

Posted Jun 01, 2021 at 05:34pm
Our deepest sympathy to Marg and family. We enjoyed his company at the Leisure Club card parties. Marty & Theresa
Comment Share
Share via:
JL

Posted May 30, 2021 at 09:08am
My condolence to you Margaret and all Lyle's family.
I have known Lyle since I worked at Whitie;s Sunoco station, corner Exmouth &Christina St , in Sarnia
.He was one of the GOOD guys. I also enjoyed seeing him at Canadian Tire over the years.
May he rest in peace.
Joe Latham
Comment Share
Share via:

My prayers are with you and your family.
I am heartbroken and so sorry to hear about Lyle. I will miss him, you and Lyle have been great long time friends to (Nicole) and I.
I was looking forward to seeing you both when Ontario would finally open up again.
I know Lyle and Nicole will meet up again and keep watch over us.
Allan Brown
Comment Share
Share via:

Posted May 28, 2021 at 05:13pm
Margaret
We are so sorry to hear about Lyle. I am heartbroken. We will miss him dearly. We were so looking forward to seeing you both again at bingo. Our prayers are with you.
Candy and Lori ( from Camlachie Bingo)
Comment Share
Share via:
AC

Posted May 28, 2021 at 08:54am
Dear Marg. My condolences, I am so sorry for your loss. I worked with Lyle for several years before he retired and found him to be both a gentleman and a pleasure to work with. I'll miss his sense of humour and being run into by his grocery cart at No Frills. He was a great guy. Peace be with you and your family. Warmest Regards, Ric and Anne Chute.
Comment Share
Share via: 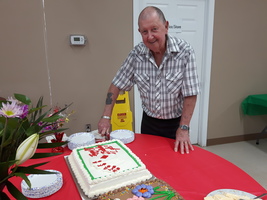 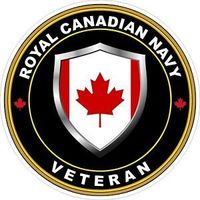