To share your memory on the wall of Thachuk, Debbie, sign in using one of the following options:

Provide comfort for the family by sending flowers or planting a tree in memory of Thachuk, Debbie

Provide comfort for the family by sending flowers or planting a tree in memory of Thachuk, Debbie

Print
Deborah Betty Jean Thachuk of Parkhill passed away peacefully listening to the loving words of her family messages played next to her on Tuesday, May 11, 2021, at the age of 62.

Debbie married the love of her life and enjoyed 45 years do... Read More
Deborah Betty Jean Thachuk of Parkhill passed away peacefully listening to the loving words of her family messages played next to her on Tuesday, May 11, 2021, at the age of 62.

Debbie married the love of her life and enjoyed 45 years doting on her husband John Thachuk Sr., working side by side in their younger years and simply being together sipping coffee in their retirement.

Debbie leaves a legacy in her family of John Jr. & Nicole, Trish & Graham Holloway, Bobby and her grandchildren Caedan, Delany, and Charlotte Holloway.

The fifth oldest in the family, Debbie is predeceased by her loving parents Betty Dunseith & Clayton Casselman, parents-in-law Jack & Doris Thachuk, and is remembered by her many siblings and extended family. Thanks for adding all you did to her life.

The Thachuk family are so thankful for their special family friends; Steve & Jeanette Majors and Marilyn Hodgins who have always been such a support to Debbie and their entire family.

Debbie loved her animals including her German Shepherd, Zoe, and beagle, Buddy, along with her many stray cats fed daily including Rolly, Baby, Bella, and Dicky. Debbie's favourite pas-time included bossing her husband around and hosting family events where all preparations were completed by Debbie, and the only requirement was to "come as you are".
Grandchildren and family were always priority for Debbie, a woman who could only be described as a woman with a Heart of Gold.

Debbie's family would like to thank the Dr's and nurses at Strathroy Middlesex General Hospital who cared for Debbie during the past few days. Donations in Debbie's name are appreciated to the Children's Health Foundation Oncology Department London, Health Science Centre.

A celebration of life will be held at a later date. Arrangements are entrusted to Gilpin Funeral Chapel, 123 King Street East in Forest. Please leave a memory or condolence online at www.GilpinFuneralChapel.com
Read Less

We encourage you to share your most beloved memories of Thachuk, Debbie here, so that the family and other loved ones can always see it. You can upload cherished photographs, or share your favorite stories, and can even comment on those shared by others.

Posted May 13, 2021 at 11:38am
I am blessed to have known Deb.. she had a way of lighting up the room. Her arms were always open to everyone. Her smile and laugh will be missed.
My condolences to all her family.
Comment Share
Share via:
VN

Posted May 12, 2021 at 04:29pm
John , and John jr, trish, Bobby, and families
No words can express the sorrow that both Richard and I feel at this great loss. Our love and prayer will be with you. We are gonna miss the visits to the house and also the last big party for John’s birthday . She has certainly left a huge impression on our life’s . Much love to you all. And remember we will always be there just reach out . A 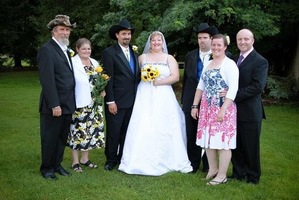 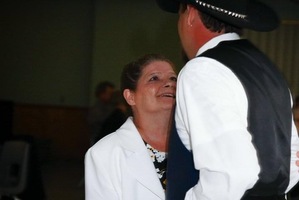