To share your memory on the wall of Michael Bade, sign in using one of the following options:

Print
Michael Bade of Bayfield passed away suddenly on Sunday, February 28, 2021, at the age of 61.

Michael was the loved best friend and partner of Katie Hathaway. Raised in a large family, Michael was the second youngest, growing up with his... Read More
Michael Bade of Bayfield passed away suddenly on Sunday, February 28, 2021, at the age of 61.

Michael was the loved best friend and partner of Katie Hathaway. Raised in a large family, Michael was the second youngest, growing up with his siblings, Sabine and Peter Scanlon of Omemee, Ont, Elke Bade of Millbrook, Ont, Fred and Lori Bade of Port Franks, Ont, Ralph and Vicki Bade of Grand Bend, Ont, Rick and Tammy Bade of Surrey BC, Loretta Therrien and Blaine Horton of Oil Springs. Michael is predeceased by his brother Jurgen Bade (2017) and his parents Willy Bade (1999) and Johanna (1993).

Michael will be missed by his good friend Gerald Rodges who was always very kind to Michael. A mentor relationship, a friend who treated Michael like a son.
A favourite uncle to his many nieces and nephews and is missed by his many extended family, friends, and neighbours.

Katie, coffee, and cars were Michael's greatest loves. One who possessed the gift of contentment, always happy and finding fulfilment in simply helping out a friend. Michael enjoyed using his gifts of construction and vehicle repairs with those around him. He loved to talk with friends and family, watch movies and spend time with his four-legged buddies Gunner the cat and his dog Hope.

A friend to all, always helping those around him, always thankful, always caring. Donations in Michael's name are appreciated to the Bayfield Foodbank, your local food bank, or your local Humane Society.

We encourage you to share your most beloved memories of Michael here, so that the family and other loved ones can always see it. You can upload cherished photographs, or share your favorite stories, and can even comment on those shared by others.

Posted Apr 23, 2021 at 08:47pm
From: Betty Brodhagen
My sincere and deepest sympathy for the Bade family and friends.
Mike was one of my neighbors on Jane St., in Bayfield. He was always helping someone in the building. He would go out in the winter and clean off our cars which was greatly appreciated. If you had a flat tire or a headlight out, he would let you know. Mike was going to help me paint my apt this spring but, I'm sure he will be helping someone else instead.
We would have dinners on special occasions (Christmas and Easter) in our building and it was great fun just filling our bellies and chatting. During the winter we played bingo on Tuesdays and at any given time there would be jigsaw puzzles on the table for everyone to help to complete. You could always catch Mike there helping out.
You will be greatly missed, Mike. RIP
Comment Share
Share via:
E

Posted Mar 23, 2021 at 10:55pm
Bade Family; I am so sorry to hear about the passing of Michael. We went through public school together and I loved the 'Port' and of course the restaurant. It was the first place my Pa Glen Sippel ate at while scouting out places in the area when he was transferred to the Beer Store in Thedford in 1968. Remember the school bus unable to climb the hill into the 'Port' and just leaving and carrying on to NLSS. Proud to have taught there for 25+ years and many family members.
Comment Share
Share via:

Posted Mar 05, 2021 at 01:39pm
Very sorry to hear of Mikes passing. We all grew up together in the "Port" as lucky 'beach brats" Lol Mom worked with everyone at the restaurant, we all went to school together, hung out and just lived life. I wish peace and contentment for you Micheal, and love and fond memories for family and friends. Thinking of everyone, Michele Hayman Tete Jaune Cache BC.
Comment Share
Share via:
LT

Posted Mar 03, 2021 at 08:31am
Michael was my youngest brother, we spend a lot of time together as kids and as we grew up, we grew apart. He knew just how to drive me nuts always. One memory that sticks out the most was one day when we were about 7 and 11 he picked on me to the point that I got mad and hit him across the head with a straw broom, the straw poked his eye and his eye swelled shut, I got in trouble that day, when all along he was the instigator, that was Michael! I am so glad that you had Katie in your life.
I love you Michael. Rest in Peace.
Comment Share
Share via:
FT

It was with profound sadness, that we learned about the passing of Michael. We know how much he meant to you all. He was a much loved brother, uncle, great uncle & nephew. We hope that the times & memories, that you have shared & made together will always keep him in close in your hearts.

Michael was truly a special man with a kind soul...this is how we will always remember him. 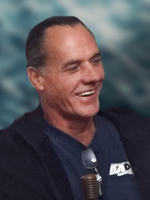 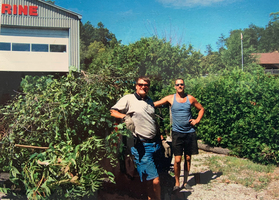 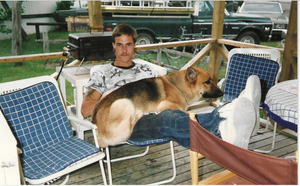 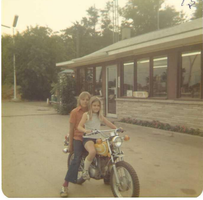