To share your memory on the wall of Garth Ross, sign in using one of the following options:

Print
Garth William Ross of Sarnia died peacefully at Bluewater Health in Sarnia, on Friday, January 15, 2021, at the age of 69.

The loss of Garth, his loving and caring nature is felt deeply by his wife Debbie Boudreau, his daughter, Tara Ros... Read More
Garth William Ross of Sarnia died peacefully at Bluewater Health in Sarnia, on Friday, January 15, 2021, at the age of 69.

The loss of Garth, his loving and caring nature is felt deeply by his wife Debbie Boudreau, his daughter, Tara Ross (Lisa Ross), and grandchildren, Kaarina and Kyla Pye. Garth is predeceased by his children, Tanya Elliott, and Jason Ross, as well as his parents, Beryl nee Nicholson and William Ross.

Growing up the middle child in a family of four, Garth is missed by his siblings, Arty Nicholson (Anna), Sharon Chase (Lyle), and Marion MacWilliam (Robert).

Garth will be missed by his best friend ever Glenn Ulrich and his wife Joan Cookson; Carolyn Farrow, and Brenda George.

Described by his wife as the most loving, respectful, thoughtful man she has ever known. Garth was a true gentleman, with the biggest heart ever.

Garth took great pride in being a beautiful man to everyone he met. Garth loved the water, whether he was cruising on it for a fishing adventure, enjoying being in it, or just watching it. It brought a smile to his face, and the warmth in his heart to be near the water. He loved the ocean, lakes, rivers, or streams.

In lieu of flowers, donations are appreciated in Garth's memory to the Arthritis Society.

We encourage you to share your most beloved memories of Garth here, so that the family and other loved ones can always see it. You can upload cherished photographs, or share your favorite stories, and can even comment on those shared by others.

Posted Jan 19, 2021 at 12:01pm
I only met Garth once but he readily invited me into his home. My thoughts are with Debbie and the family at this time. Share your memories with each other as they will help you through this difficult time. Cindy Gallagher
Comment Share
Share via:
SU

Posted Jan 18, 2021 at 06:56pm
You had a rough go the last while, finally you can take it easy and enjoy yourself again! Rest peacefully Garth, you’ll be missed!
Comment Share
Share via:
GU

Posted Jan 18, 2021 at 06:52pm
A good man and an even better friend. I'm sure you and Willie are already out test driving new Caddies in Heaven. Until we meet again! 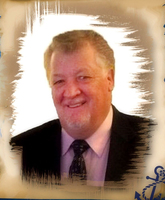 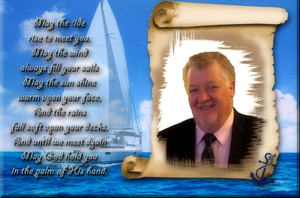