To share your memory on the wall of Hayter, Ross, sign in using one of the following options:

Provide comfort for the family by sending flowers or planting a tree in memory of Hayter, Ross

Provide comfort for the family by sending flowers or planting a tree in memory of Hayter, Ross

Print
Rossie George Hayter, of Grand Bend, formerly of Thedford, passed away at University Hospital in London, on December 13, 2020, at the age of 80.

Ross will be dearly missed by his wife and best friend of nearly fifty years Nancy Hayter (... Read More
Rossie George Hayter, of Grand Bend, formerly of Thedford, passed away at University Hospital in London, on December 13, 2020, at the age of 80.

Ross will be dearly missed by his wife and best friend of nearly fifty years Nancy Hayter (Mater). Proud father of Aaron Hayter (Carrie)and Jesse Hayter (Jen). Ross's eyes always shone a little brighter and his smile grew a little bigger when he was with his granddaughters Blayke and Josie, who will miss him greatly. He was a loving brother to Carol Hall and cherished uncle of Charlie & Barb Hall, Ross Hall, and Steve Hall. Ross is predeceased by his parents Russell & Nellie Hayter, sister Brenda Hayter, and brother-in-law Bill Hall.

Ross will be sadly missed by his friends, community members, and all of the neighbourhood dogs who look for the man driving around with treats in his truck. He had a larger than life personality and was a gifted storyteller. He would share his extravagant stories with anyone he met and often commanded an audience wherever he went. You could always tell if he was in a restaurant or coffee shop because you would hear his big voice talking to a crowd.

Ross was a prominent figure in the onion seed business spending many years growing onions from seed and selling them across North America. He was a founding member of Lake Smith Conservationists, and through his years of service, the group was able to support local scouts, sports groups, and school outreach programs. His commitment to volunteering in the community was rewarded when he received the Governor General's Caring Canadian Award (2006), which recognizes the compassion and charitableness of special volunteers.

A private family service will be conducted at a later date. Donations to the Alzheimer's Society of Canada or Chartwell Parkhill are greatly appreciated.

Print
Ross is remembered for his bright smile, a hard working man who loved and served his community. A private family service will be conducted at a later date. Donations to the Alzheimer's Society of Canada or Chartwell Parkhill are greatly appreciated.

Donations are being accepted for:
ALZHEIMER SOCIETY OF LONDON AND MIDDLESEX Chartwell Long Term Care - Parkhill

We encourage you to share your most beloved memories of Hayter, Ross here, so that the family and other loved ones can always see it. You can upload cherished photographs, or share your favorite stories, and can even comment on those shared by others.

Posted Dec 26, 2020 at 01:16pm
Ross will be dearly missed by many friends, hunters and Lakesmith conservation. Randy has great memories of Ross hunting at Chapleau! He had an amazing sense of humour, and the stories he would tell!
Please accept our sincerest condolences.
Karen & Randy Stanalke
Comment Share
Share via:
GB

Posted Dec 21, 2020 at 11:23am
My Condolences to Nancy, Aaron, Jesse and families. Ross was a good friend and mentor to me, during the years that I lived in Lambton Shores. I always cherished the time spent working with Ross in the community, Lake Smith Conservationists, Pinery Park and the Lambton Shores Museum, just to name a few. Ross was "bigger than life" so to speak and an inspiration to "give your best effort" in every situation. In my memory, Ross Hayter will forever be "Walking Tall." Gil Bastien..
Comment Share
Share via:
HS

Posted Dec 19, 2020 at 02:14pm
Nancy, Aaron, Jesse and families. My sincerest heartfelt condolences to all of you during this time of loss. Ross and Nancy always welcomed me into their home with love and kindness. They have a very special place in my heart.. I grew up in Dawn Township close to where Nancy lived. My family knew Nancy and her family very well. It was a blessing that I would work with Nancy and meet Ross. He always had a joke, made me laugh and was generous and kind hearted. I remember staying at the "hunting cabin" for a weekend. I have always missed living in the country so I enjoyed the tranquility and peacefulness that weekend. It was great to be back to nature again, a place that Ross loved very much. Rest in peace Ross. A memorial tree will be planted in Ross' memory. 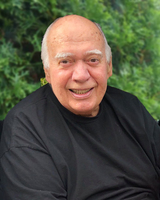 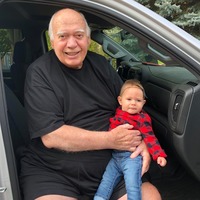 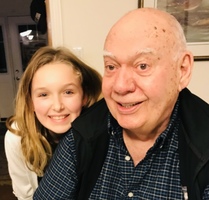 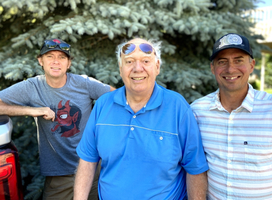