To share your memory on the wall of Moore, Jim, sign in using one of the following options:

Provide comfort for the family by sending flowers or planting a tree in memory of Moore, Jim

Provide comfort for the family by sending flowers or planting a tree in memory of Moore, Jim

Print
James Ralph Moore of Arkona passed away peacefully at Bluewater Health in Sarnia on Friday, December 4, 2020, at the age of 94.

Jim met his wife Cecilia (2015) while working on a vehicle, where Cecilia boldly asked him to join her baseba... Read More
James Ralph Moore of Arkona passed away peacefully at Bluewater Health in Sarnia on Friday, December 4, 2020, at the age of 94.

Jim met his wife Cecilia (2015) while working on a vehicle, where Cecilia boldly asked him to join her baseball team to make enough players. Jim accepted, and later, in 1946, Cecilia accepted Jim's request to be his wife.

Together, Jim and Cecilia raised their family of Donna & Gordon Hornblower, Ralph (2002) & Elizabeth Moore, and Michael & Annie Moore, Jim was able to see his family grow with the addition of his grandchildren, Christopher, Vicky, Jamie, Jessica, Jacalyn, Jeannette, Michael, Matthew, and 13 Great Grandchildren.

Jim is survived by his sister Joan and is predeceased by his parents, Gordon & May Moore, and siblings, Florence, Esther, Harry, and Jean.

Jim spent his life working on vehicles, specializing on transmissions and air conditioning, and holding GM's as his favourite make to work on. Serving in the military, Jim was an Army mechanic, putting his skills to great use, skills he had honed since the age of 14. Years of working on vehicles, and attending Blue Jay ball games with Cecilia followed, a constant over the years, Jim's greatest loves.

A private family service will take place at Steckley-Gooderham Funeral Home, 30 Worsley Street in Barrie with the interment to follow at St. Mary's Cemetery in Barrie with Father Larry officiating. Donations are appreciated in Jim's name to the Canadian Cancer Society.

We encourage you to share your most beloved memories of Moore, Jim here, so that the family and other loved ones can always see it. You can upload cherished photographs, or share your favorite stories, and can even comment on those shared by others.

Posted Dec 06, 2020 at 02:21pm
So sorry to hear this. We will miss our neighbour, always with a smile and a wave. Our condolences to the whole family. From Ed and Mary Wiendels
Comment Share
Share via: 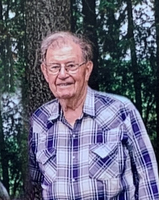 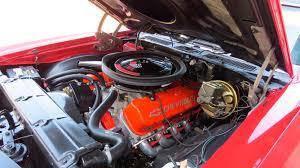