To share your memory on the wall of Douglas Glenn, sign in using one of the following options:

Print
Douglas Gilbert Glenn of Sylvan passed peacefully on Monday, May 18, 2020, at Strathroy Middlesex General Hospital in his 76th year.

Doug was the loved husband and best friend of Brenda Glenn for 50 years, together they raised their dau... Read More
Douglas Gilbert Glenn of Sylvan passed peacefully on Monday, May 18, 2020, at Strathroy Middlesex General Hospital in his 76th year.

Doug was the loved husband and best friend of Brenda Glenn for 50 years, together they raised their daughter Tammy (Rob Bell) while farming on their homestead.

Doug bought and sold numerous tractors over the years, a cash crop farmer, Doug worked the land and took great pride in his family farm, living on the same farm his entire life. Doug enjoyed social time at the Parkhill Legion and felt strongly about supporting the Legion's valuable work in the community and beyond.

Arrangements are entrusted to M.Box & Son Funeral Home, 183 Broad Street in Parkhill. 519-294-6382 We ask that you leave memories and condolences online at www.GilpinFuneralChapel.com
Read Less

Print
A celebration of Doug's life will take place at a later date at the Parkhill Legion. Arrangements are entrusted to M.Box & Son Funeral Home, 183 Broad Street in Parkhill. 519-294-6382

We encourage you to share your most beloved memories of Douglas here, so that the family and other loved ones can always see it. You can upload cherished photographs, or share your favorite stories, and can even comment on those shared by others.

Posted Jun 03, 2020 at 09:05am
Brenda and Tammy
Condolences to you both , so sorry for your loss Thinking of you in this time of sorrow .
Comment Share
Share via:
WG

Posted May 26, 2020 at 02:57pm
Wayne and Donna Gurney
Brenda we are so sorry to hear of Doug's passing. We have fond memorys of our stay at your place last year for your sale in our trailer and at 2cylinder shows.You are in our thoughts.
Comment Share
Share via:

Posted May 24, 2020 at 10:55am
Brenda and Tammy,
Our thoughts and prayers are with you both at this time,,,,
Glen and I always welcomed a chat with Doug,, such an interesting , friendly man..
And DIDNT HE LOVE HIS JOHN DEERES....
HUGS, CAROL & Glen
Comment Share
Share via:
CM

Posted May 23, 2020 at 10:03am
Our condolences on your loss. Doug always took the time to stop and say Hi or share a story with me. He will be missed.
Comment Share
Share via:
BD 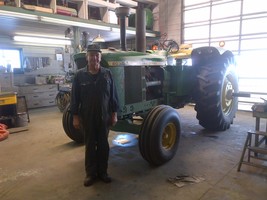 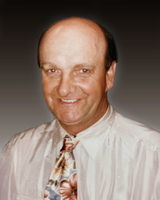 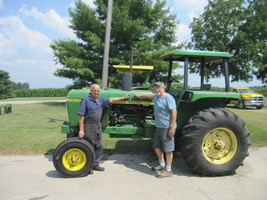 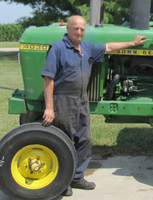