To share your memory on the wall of MacLean, Veda, sign in using one of the following options:

Provide comfort for the family of MacLean, Veda with a meaningful gesture of sympathy.

Print
It is with great sadness that the family of Olivia Veda MacLean (nee Greenbird) announce her passing at the age of 76 on January 24th, 2020, at Strathroy Middlesex General Hospital.

Known to all as Veda, Doug and Veda shared their lives ... Read More
It is with great sadness that the family of Olivia Veda MacLean (nee Greenbird) announce her passing at the age of 76 on January 24th, 2020, at Strathroy Middlesex General Hospital.

Known to all as Veda, Doug and Veda shared their lives for over 60 years, with a grown family of Irene (John) Thompson, Marion (Brian) Layman, Douglas (Adrianna) MacLean, and James MacLean. Veda cherished her 14 grandchildren, 28 great-grandchildren, including one great-granddaughter named after her and born on her birthday (December 23), and1 great-great-granddaughter. Veda is predeceased by 3 grandsons Michael Douglas Cole (1995), Douglas Wesley White (2018) and Justin James Thompson (2019).

Survived by her siblings Arlene, Vonda, Brenda, Laurie, Wendy, and Randy, Veda is predeceased by 2 sisters, Lucille, Joyce, her brother Robert and her parents Robert & Irene Greenbird. Veda will be missed by her many extended family, friends, and neighbours.

Veda was a bookworm who loved to read a variety of books, preferring her Harlequin Romances. Knitting, needlepoint, baking, and quilting where just some of Veda's favourite hobbies, passing many of these skills onto her grandchildren. Angel figurines abounded in Veda's home, a touch of heaven in her own surroundings.

A visitation will take place on Wednesday, January 29, 2020, from 1pm - 3pm, at Gilpin Funeral Chapel, 123 King Street East, in Forest, followed by a service conducted at 3pm with Pastor Murray Shawnoo officiating. A reception will follow at the Kettle Point Community Centre where friends and family are welcomed back to share memories and moments together.

Donations can be made to the Heart & Stroke Foundation in Veda's honour. Arrangements are entrusted to Gilpin Funeral Chapel, 123 King Street East in Forest, 519-786-4964. Please share a memory or condolence at www.GilpinFuneralChapel.com
Read Less

We encourage you to share your most beloved memories of MacLean, Veda here, so that the family and other loved ones can always see it. You can upload cherished photographs, or share your favorite stories, and can even comment on those shared by others.

Posted Jan 30, 2020 at 12:55am
It is with great sadness and eyes filled with tears upon hears of the passing of Veda and I'd like to take a moment to share how special Veda was to me. Although I had not seen Vida in over a year I have to say she was a remarkable person to me. Always making me feel at home when ever I'd visited her home in the past and also in her kitchen after taking part in her family Christmas dinners at the shop where I'd walk back to her home after we'd sometimes load up her car with leftovers and used pots and pans. I spent many many hours at the table in her home chatting up a storm or just listening to her talk especially about her grandbabies of whom she was proud of. My heart goes out to her family and friends whom are left behind with now sits her empty chair. Words can not ever express how special Vida was and how much I have missed her over the past year. May God help her family during this difficult time in their lives and may she rest in peace.

Posted Jan 29, 2020 at 10:07am
The entire Johnson Family has known Doug, Veda and their family forever. It was a shock to hear of her passing. Deepest Sympathies to the family. She was a sweet lady. I have donated $100 to the Heart and Stroke Foundation in her name.
Johnson's Sanitation Service- Beverly Johnson-Lamoureux

Posted Jan 28, 2020 at 08:46pm
I am so sorry to learn that sweet Veda has passed. You were a ray of sunshine everywhere you went. You were such a kind and beautiful woman. You will be missed.
Debbie (Canadian Tire Forest)
Comment Share
Share via:

Posted Jan 26, 2020 at 09:40pm
Sincere condolences to all Veda.s loved ones from Brenda Hunniford 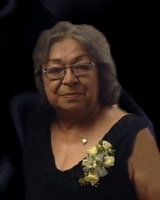 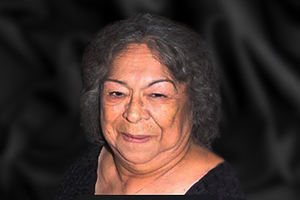