To share your memory on the wall of Seymour, Stan, sign in using one of the following options:

Provide comfort for the family of Seymour, Stan with a meaningful gesture of sympathy.

Known to all as Stan, the adventurous and fit young man joined the Royal Air Force, servicing airforce bombers and maintaining planes for both the British RAF and USAF. Stan traveled from England by plane, landing in New York in 1957 after marrying Violet Hill in April 1956. Stan soon made his home in London, Ontario and now leaves a legacy in his family: Gary (Georgina 2019) Seymour, Tracy (Don) Rivers, and April (Arthur) Simmons. Stan took great pride in his Grandchildren, Britiny, Ashley, Derek, Kate (Mike), Adam (Samantha), Krystal (Mike), Edward (Farrah), Lori-Anne (Tom) and twelve Great Grandchildren. He will be missed by his brother Alan and is predeceased by his parents Len (1995) and Evelyn (1996) and brother Gordon(1934).

Stan worked most of his life as an insurance underwriter and lived an active life while enjoying classical music in his spare time.

We encourage you to share your most beloved memories of Seymour, Stan here, so that the family and other loved ones can always see it. You can upload cherished photographs, or share your favorite stories, and can even comment on those shared by others.

Guaranteed hand delivery by a local florist
BC

Posted Jan 14, 2020 at 07:32pm
Tracy, Gary, and April, my sincerest condolences on the loss of your Dad.
I remember him fondly.
Over the years, this telephone 'conversation' between your Dad and I, has repeatedly come back to me:

Thank you, Mr. Seymour. The best teacher of telephone manners, ever!
Again, Tracy, Gary and April, my condolences to you and your families.
Bev Cully (Owen)

Posted Jan 13, 2020 at 09:24pm
Dear Gary, Tracy, April and Family,
Sorry to hear of the passing of your Father. Our thoughts are with you at this time. Still envision your Dad sitting on the front porch as I drive by the old house.
With heartfelt condolences, The Gingerich Family
Comment Share
Share via:
TS 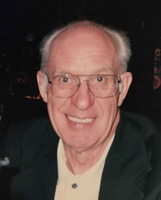 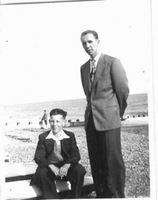