To share your memory on the wall of John Gillard, sign in using one of the following options:

Print
John Joseph Gillard of Thedford died peacefully at Bluewater Health in Sarnia, on Saturday, May 30, 2020, at the age of 69.

A devoted and caring husband, John knew he had found the love of his life when he met Cheryl at his Mom’s diner... Read More
John Joseph Gillard of Thedford died peacefully at Bluewater Health in Sarnia, on Saturday, May 30, 2020, at the age of 69.

A devoted and caring husband, John knew he had found the love of his life when he met Cheryl at his Mom’s diner. After only 6 months the two were married, creating memories, laughing, and loving over the next 45 years. John and Cheryl raised their family of Ryan & Carrie and Shawn & Michele. Their family grew with the addition of their grandchildren Jarrod, Rowen, and Sara. Family was so very important and a tight-knit bond was formed with his in-laws Sheila & Dwayne and Shelly & Fred (2014). John always considered his in-laws as his own immediate family, in laughter, and in hard times, John’s protective nature was clearly shown. A special uncle to his many nieces and nephews, John will be dearly missed by his family, friends, neighbours, and community. John grew up on his family farm in Deleware and is predeceased by his parents and brother Wayne.

John was a skilled craftsman, an award-winning member of the carpenter’s union, and a mentor to many with his apprentices considering their opportunity to be an apprentice of John's as a true gift. A man who gave of himself as a volunteer, always one to be looking to help and fill a need, John was also a Legion member, and a Thedford District Cub, and Scout Leader for over 16 years.

Known for his real roughing it camping trips, hunting, and anything outdoors, John took his greatest pride simply spending time with and making memories with his kids and grandchildren.

The family would like to sincerely thank the Bluewater Health palliative care nurses, Dr. Walker, and their VON Danica. Your above and beyond sincere care will never be forgotten. Donations in John's name are appreciated at this time to the St. Joseph's Hospice in Sarnia.

A private family graveside service will take place, although the service is private, family and friends, young and old are asked and encouraged to show your respects by honking your horn from your driveway, or by practicing safe distancing on Main Street in Thedford on Thursday, June 4, 2020 at 10:45am. A public memorial to take place at a later date at the Thedford Legion. Arrangements are entrusted to Gilpin Funeral Chapel, 123 King Street East in Forest. Please leave a memory or condolence online at www.GilpinFuneralChapel.com
Read Less

Donations are being accepted for: ST. JOSEPH'S HOSPICE RESOURCE CENTRE OF SARNIA LAMBTON.

We encourage you to share your most beloved memories of John here, so that the family and other loved ones can always see it. You can upload cherished photographs, or share your favorite stories, and can even comment on those shared by others.

Posted Jun 13, 2020 at 08:56am
Our sincere condolences to Cheryl and your entire family with the passing of John. He will be missed very much. Keep your memories close, and may you all be granted strength for the days ahead. Thinking of you. Peter and Wilma Bastiaansen.
Comment Share
Share via:
SG

Posted Jun 04, 2020 at 09:14am
Dear Cheryl, It is with heart felt thoughts and deepest sympathy that Wayne and I are thinking of you and your family and the wonderful legacy that was John's life.
Comment Share
Share via:
DH

Posted Jun 03, 2020 at 11:04am
Cheryl and family
My condolences on your loss, I did not know John but I know what you are experiencing right now and you are in my thoughts and prayers.
Donna (Ross) Hiller
Comment Share
Share via:
P 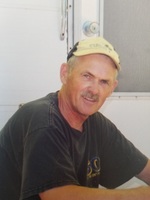 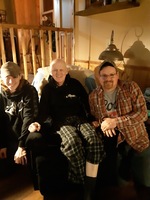 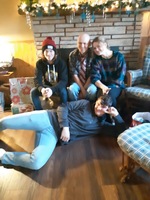 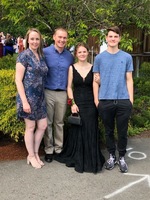