To share your memory on the wall of Doris Elliott, sign in using one of the following options:

Provide comfort for the family of Doris Elliott with a meaningful gesture of sympathy.

Resting at Gilpin Funeral Chapel, 97 Victoria Street in Thedford for visitation on Wednesday, April 10, 2019 from 5-8pm. Funeral Service on Thursday, April 11, 2019 at 11:00am. Interment at Pinehill Cemetery. Memorial donations to the Heart and Stroke Foundation or the Canadian Diabetes Association gratefully acknowledged. Share a memory or condolence at www.gilpinfuneralchapel.com
Read Less

We encourage you to share your most beloved memories of Doris here, so that the family and other loved ones can always see it. You can upload cherished photographs, or share your favorite stories, and can even comment on those shared by others.

Posted Apr 09, 2019 at 11:18am
So sorry to hear of Doris's passing . Our thoughts and prayers are with your families at this time.
Fred and Marian Osmon. Chatham ON
Comment Share
Share via:
FO

Posted Apr 09, 2019 at 11:18am
So sorry to hear of Doris's passing . Our thoughts and prayers are with your families at this time.
Fred and Marian Osmon. Chatham ON
Comment Share
Share via: 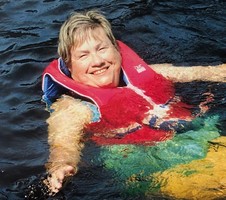 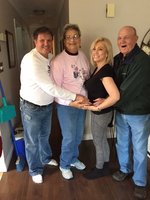 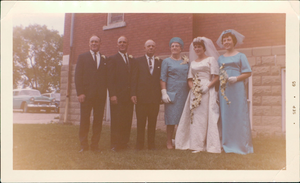