In Memory of
Frederick Robert
Allison
1939 -
2017
Click above to light a memorial candle.
Menu
Send Flowers

In the event that there is an error
in the information presented,
please contact the funeral
home by clicking here. 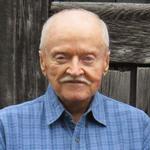 Frederick Robert Allison formerly of West McGillivray passed away with family by his side at Strathroy Middlesex General Hospital on November 17, 2017. Dear and beloved husband of Sheila Allison. For almost 55 years Fred and Sheila were devoted to each other, farming and raising their family in their community of West McGillivray.
Dear Father of Jeff & Betty Allison of Ailsa Craig, Don Allison of Parkhill and Lori & Jim Coneybeare of Parkhill. Cherished Grampa of James & Nichole Mongeon of Thorndale and Brian & Amy Wirbelaurer of Ailsa Craig, Tyler Mitchell of Ailsa Craig and Angela Mitchell of Parkhill. Proud Great Grampa of Robert, Eric & Hayden.
Missed brother of Earl & Betty Lou Allison of Ailsa Craig and Ruby & Steve LeFaive of Varna, Fred is predeceased by his parents Laverne and Lola Allison of West McGillivray.
Raised on his family farm, family was Fred's pride and priority. In addition, Fred drove truck for 34 ½ years as a loyal employee for John Zubick Limited.
Cremation has taken place. Upon Fred’s wishes there will be no visitation, burial will take place at a later date.
Memorial donations appreciated to the Strathroy Middlesex General Hospital Foundation.
Please leave a memory or condolence online at www.GilpinFuneralChapel.com